The research project focuses on the question of the reciprocal constitution of spatiality(ies) and the players' modes of existence in the process of playing computer games. On the one hand, it is about the game space in the classical sense, that is, what becomes audiovisually present, for example, on the monitor on the desk in the study. On the other hand, it is also about precisely that study and its specific physically arrangement of furniture. While playing, the players are involved in an extremely complex spatial situation. Physically, they are in the described study and operate various input devices; simultaneously, they steer an avatar through a completely different, virtual spatiality. It is therefore a complex model of spatial perception in which players simultaneously assume different positions, or better: are distributed pluripositionally (Michael Cuntz (2015)). 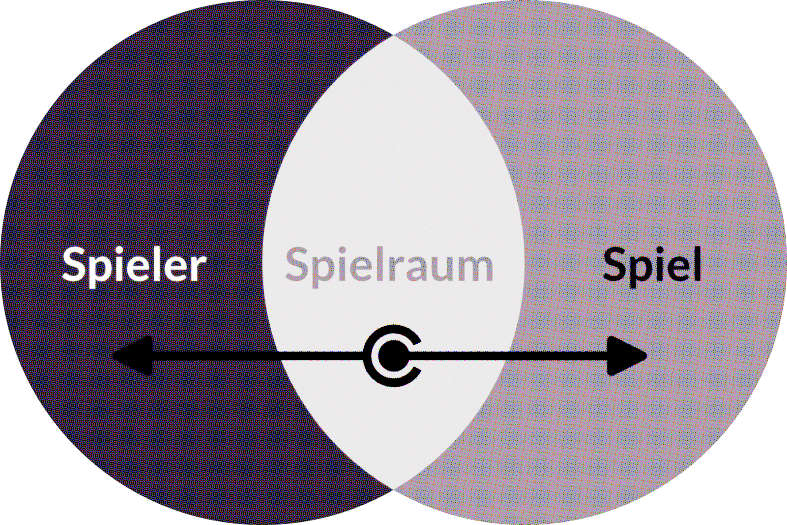 The working thesis is twofold and reads as follows: In the process of playing, complex, overlapping spatialities are created; starting from the interactions of the players' actions on the one hand and the hardware and software on the other. The reciprocal formation processes of game-specific modes of existence are characterised by the body-spatial distribution of the players. Particular attention is paid to the physicality of the players and thus especially to its spatiotemporal modification through medial relations. Ultimately, this not only yields insights into the formation of game-specific modes of existence, but also connects to other media arrangements which function comparably.

The research project begins with a media-theoretical situating based on the descriptions of the relationship between space and body. Accordingly, the first part of the first chapter follows, among others, Merleau-Ponty, Foucault's work on space and the utopian body, as well as Canguilhem's work on the concept of milieu. This serves as a foundation for developing the central theoretical lens with the help of Simondon's theories of transduction and individuation, to properly describe the relationship of player and play with a special focus on its processuality.

The second chapter of the thesis is about the evaluation of the empirical study to be carried out in the project, because in the consistent continuation of the phenomenological approach, I believe it is necessary to observe bodies at play. The method to be applied will be an ethnographic study of playing sessions of individual players, followed by interviews.

In the last part of the thesis, the triadic process model of player, game and spatiality will be formulated with the help of Simondon's process philosophy and, in granular terms, with the support of the distributive and agential approaches of Hansen and Latour, among others. The transfer of this approach to the player-play-space-game arrangement also makes it possible to think of the mediation structure of games from the perspective of the milieu. On the one hand, this allows for a detailed description of reciprocal constitution processes and thus also for describing the constant becoming of this specific human-medium arrangement and its actors in detail.

The research project thus provides a new perspective on the particularly actual relationship of humans and digital games and also positions itself as an updating contribution to the current immersion and avatar discourses. 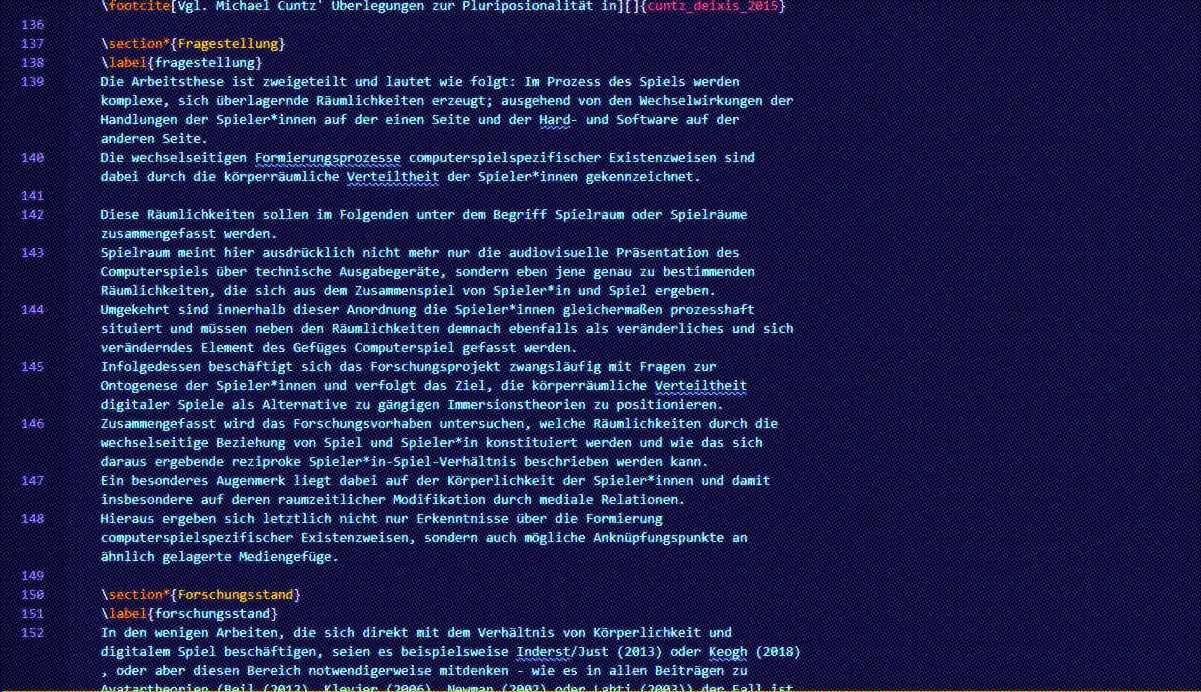